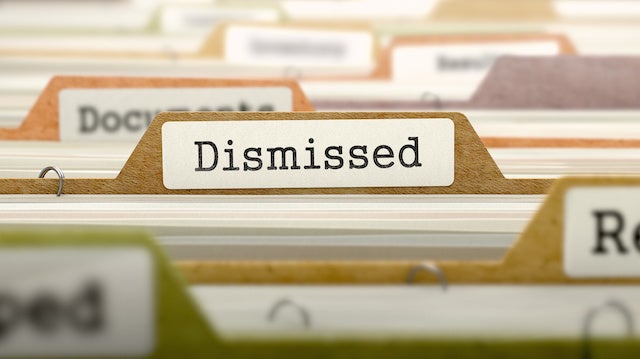 Whether your company fired you suspiciously soon after you complained about discrimination or harassment at the office, or you have evidence to suggest that you lost your job because your boss thought you were “too old,” you face serious challenges proving your wrongful termination charges. These seven common mistakes could jeopardize your chances:

Many former employees filing wrongful termination lawsuits allege discrimination for multiple factors in the same suit. The EEOC lists discrimination categories such as race, sex, national origin, religion, color, retaliation, age, disability, Equal Pay Act, and GINA. Although some of these categories are very likely to overlap, making sweeping claims often makes the charges more difficult to prove. Focus your case. Develop a compelling narrative that fits the facts (but does not exceed them).

Courts are increasingly suspect of claims the longer plaintiffs wait to file. Filing quickly not only increases the claim's verisimilitude, but it also invites more opportunities for settlement negotiations. When you take action early, you're also generally better able to compile supportive evidence, such as fresh witness recollections about when happened the day you were fired.

Obviously, hiring a qualified employment lawyer is a good way to ensure that you handle the claim effectively. But also consider familiarizing yourself with the relevant laws affecting your case. Research similar cases on record as well as their respective outcomes in court. The clearer you understand your options and limitations per the law, the more in control you'll feel.

Don't rely on your memory alone to serve you in court. Especially regarding cases that are largely “he said, she said,” strive to maintain accurate documentation of all relevant details. Write down personal experiences at the workplace that might have bearing on your termination. Be specific. Don't just said “Bob told an off color joke about older workers in my presence before I was fired.” Write down the exact joke in detail (as painful as it may to recall) and note when and where it was said and in front of whom. Be a reporter! Also, gather similar details where you can through emails, text messages, and other records.

Although it may be tempting to air your frustrations with your former boss, coworkers and company on social media, doing could come back to haunt you. A tweet accusing your former employer of discrimination could lead to a countersuit for slander or at the very least cast you in a negative light. A rude Facebook comment might make your return to work at the office awkward, should you win your claim and get your job back.

If you believe you have been wrongfully terminated, there's a good chance you're not alone. With your attorney's help, reach out to former employees, co-workers, and other involved individuals to bolster your case.

Your employer contract provides crucial information for your case, so study it carefully and have your lawyer analyze it as well.

Preparing a Wrongful Termination Settlement with an Attorney

Contact an employment attorney from the Law Office of Brian I. Vogel. We would be happy to sit down with you to discuss your case and advise you. You can be confident we will do everything possible to help you get your settlement resolved.